HEALING FOR DAMAGED EMOTIONS
For what ever reason there are many individuals whose emotions are strained from all its natural resources. However, there are far too many who also keep a hold of their mental strains!

There are those too who keep up outward observances by praying but inwardly they are going deeper and deeper into disillusionment and despair. There are those whose problems were buried underground, now only find that they reappear later in all manner of illnesses, eccentricities, terribly unhappy marriages. Sometimes this can lead to the cause of emotional destructive children. There are many Christians for example who have found release from emotional hang ups and by experiencing the healing memories through God’s way of repairing. The result is wholeness and transformation for those crippled with emotional despair.

Just like a tree, the rings of the bark reveal their developmental history year after year and the autobiography of its growth. The rings are the scars of long stand painful hurts, which cause all kinds of interpersonal difficulties.

Within the rings lie our long suffering thoughts and emotions which deeply and effectively affect ones concepts, feelings and relationships.

We are made aware that counsellors constantly have to pick up the pieces of people who have been utterly disillusioned and devastated because immature Christians have tried to cast out imaginary demons. And we all know what the simplistic syndrome is. It is instructions like: read your Bible, pray, have more faith, and the most classic being you would never get depressed if you didn’t have these hang-ups. Those who say such things are not only being far from the truth but they are also being extremely insensitive towards someone who has a deep emotionally rooted problem. But most importantly, they are denying that person the pastoral care they so desperately need.

I discovered three good pointers when reading the book *Healing from Damaged Emotions by David Seamands:

(1) Does an individual want to be healed? This is what Jesus asked the sick man who was lame for thirty years (John 5:6). Do you really want to be healed or do you just want to talk about your problems.

(2) Prayer: We need to continually ask the Holy Spirit to show us what are problems are, and ask Him how we need to pray. The book of James reminds us that sometimes we do not receive because we pray for the wrong things (James 4:3)

(3) Forgiving yourself: Many will say, yes, I know that I am forgiven but I cannot forgive myself. Terms cannot be contradicted; God cannot forgive us unless we forgive ourselves. It has also been quoted that areas of darkness are buried in the sea of forgetfulness and forgiveness.  Corrie Ten Boom (a survivor from the Nazi’s occupation of Holland) once said “He then puts a sign on our past emotions which says No Fishing!“  Let us not entertain our past hurts.  Leave them with Him and just walk away.

FEBRUARY: “A joyful heart is good medicine, but a broken spirit dries up the bones.” Proverbs 17:22 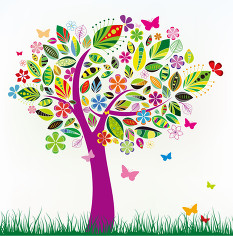 John McEnroe: “Homophobic Margaret Court’s titles are in the past – where she also belongs”